Born in 1969, Corey grew up in the Bronx borough of New York. An only child, he lived with his mother only a few short years of his life before she found herself overwhelmed by the parental responsibilities that came with being a young, poor, single mother and eventually became heavily involved with drugs and alcohol. He was then raised by his loving grandparents who dedicated their lives to providing him with a nurturing environment, morals, and values. He attended Mount Saint Michael Academy in the Bronx where he played football and basketball and received his high school diploma in 1987. After graduating high school, Corey attended college in New York and Virginia. While in Virginia trying to pursue a college degree, Corey allowed himself to fall prey to peer pressure and substantially deviated from the educational path he was on by making the decision to engage in drug dealing – a decision that became the biggest mistake of his entire life.

Corey writes from prison, “The past 16 years of incarceration has allowed me to reflect on the bad choices I made at a young age. I squandered an opportunity to attend and graduate college. I disappointed my grandparents who sacrificed their lives by taking me in and providing me with a loving and nurturing home; now they are both deceased along with my mother and father. More importantly, I had a family of my own and due to my actions, my children have to deal with a father that is spending his life incarcerated.” Corey accepts full responsibility for his actions and carries a tremendous sense of remorse and guilt for the far-reaching impact of his bad choices.

Corey has always been a constant light in a too often dim world.

Several years prior to his incarceration, Corey realized that he had taken the wrong path and began to get his life back on track by working his way into becoming a legitimate business man. During this time he discovered a passion for giving back to his community. Corey co-founded and was the driving force behind a community basketball organization for underserved youth in Atlanta called Worldwide Game Elites (formerly known as World Wide Renegades and referred to as “WE”). Worldwide Game Elites remains in existence today and has expanded to cover the entire state of Georgia due to the dedicated leadership of two of Corey’s close friends who wanted to see his vision continue to flourish. Corey’s presence is still felt within the organization. In spite of his current situation, he makes a point to consistently reach out even from within prison to positively influence and make a difference in the lives of the youth.

Since his incarceration, Corey has written an anti-bullying children’s book series and a book on domestic violence. He has also designed a prototype called Square Up Now, a re-entry program tailored to provide assistance to men and women transitioning back into society from prison.

Despite knowing he faces the grim reality of dying in prison, Corey has maintained a positive attitude and worked meticulously on personal growth and development for himself as well as that of fellow prisoners. A man who shared a cell with Corey in prison for two years and has since been released, has this to say about Corey and his commitment to a new life and helping those around him “Corey had a great influence on me in prison and just changed the whole way I was thinking and viewing life. What was so amazing was you had someone serving a life sentence and instead of him having a defeatist mentality he wanted to help everyone around him. Corey gave me inspiration to succeed. I just honestly believe that if my path had not crossed with Corey, I would not be where I am today. My life is better because I had the opportunity to meet this outstanding man.”

Corey prays that he is released so that he can use his experience to help others. It is his dream to be able to give back to the community that his involvement in drugs took so much from. There is no doubt that drugs are a terrible societal problem. However, Corey has severely paid the price for his crime by serving the past 16 years of his life in prison laboring under a dark cloud of the harsh reality of dying there for a non-violent drug conspiracy. He demonstrates no legitimate threat to public safety and should be allowed the opportunity to move beyond his mistakes and prove he can be a benefit to society. 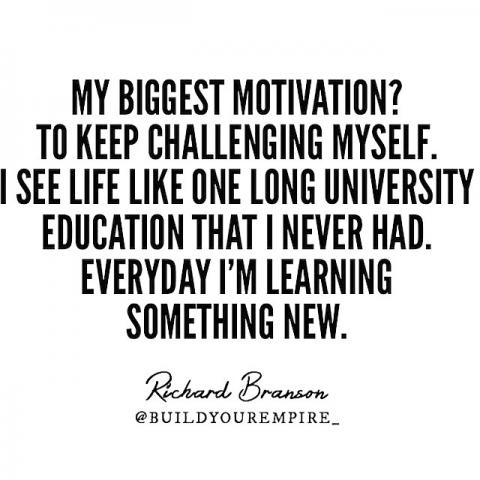 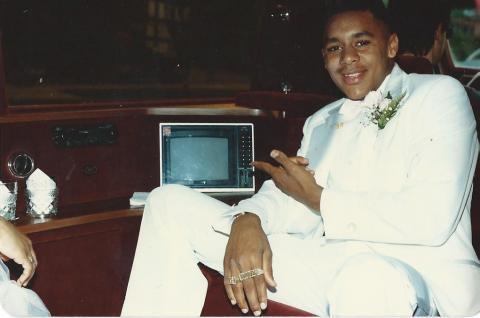 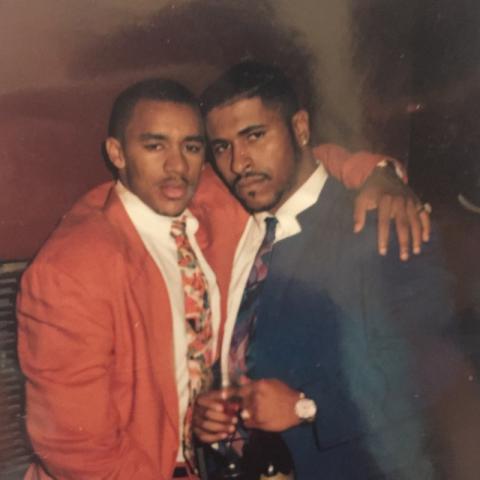 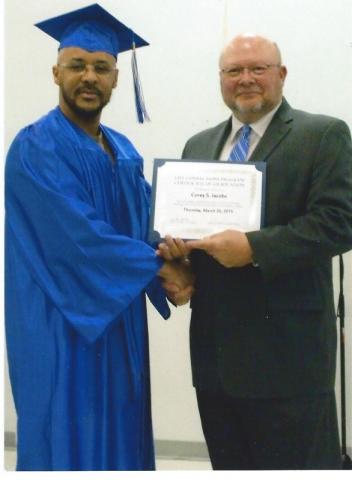 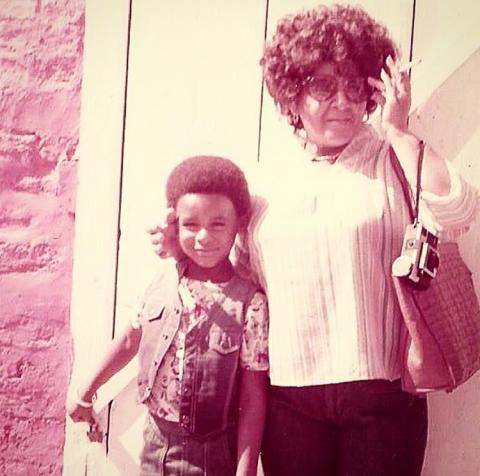 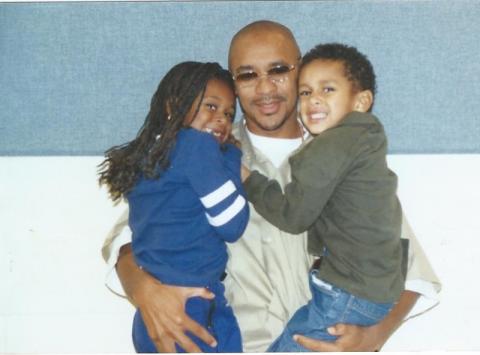 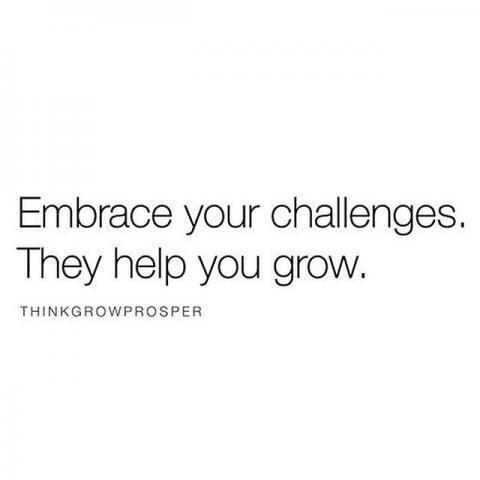 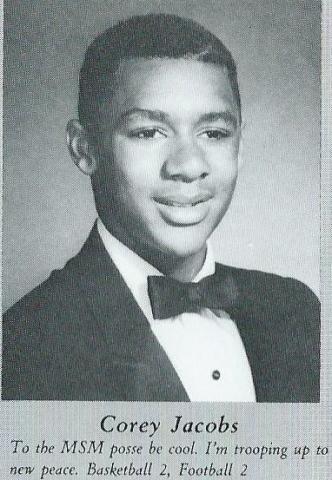 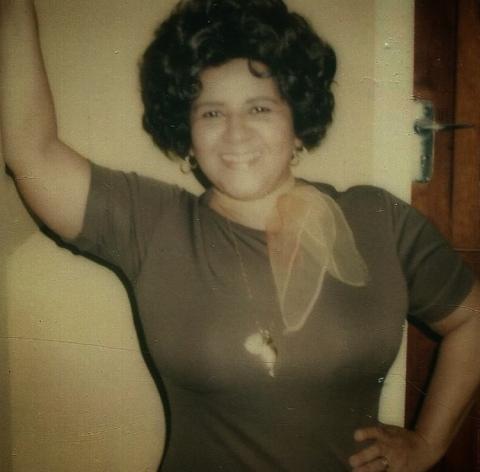 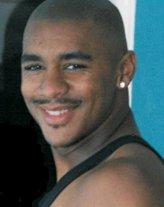 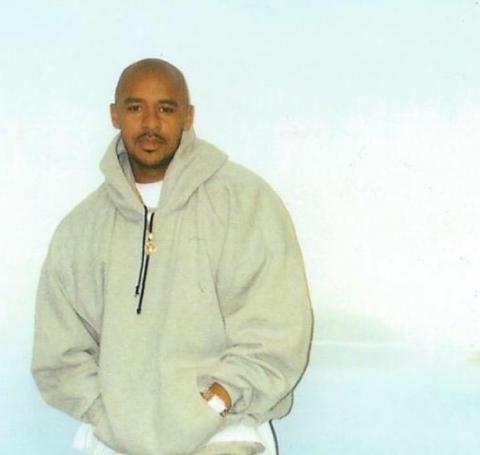 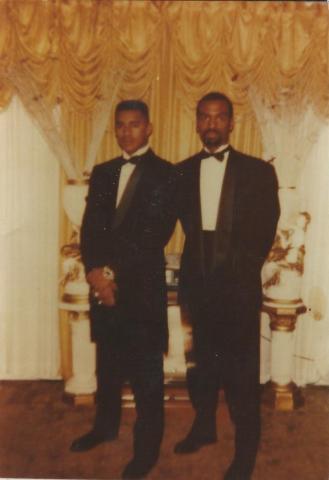 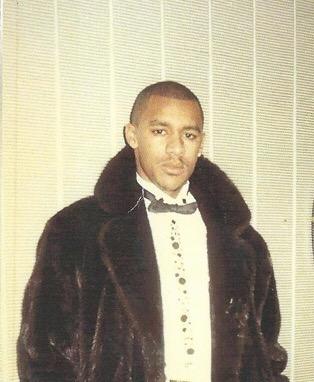 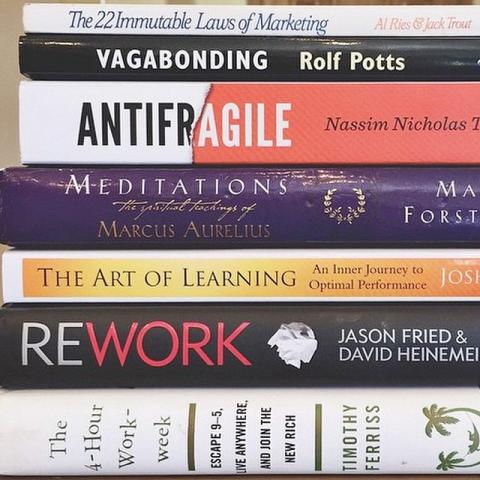 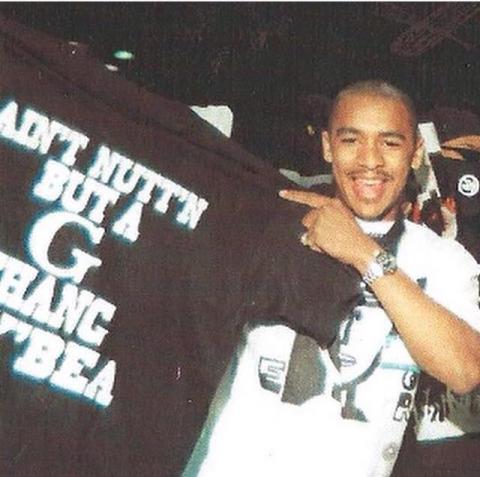 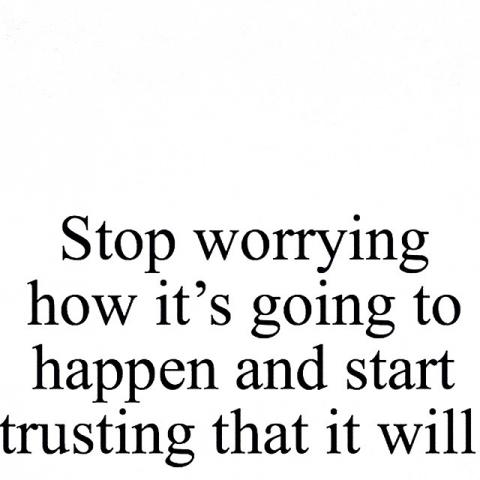 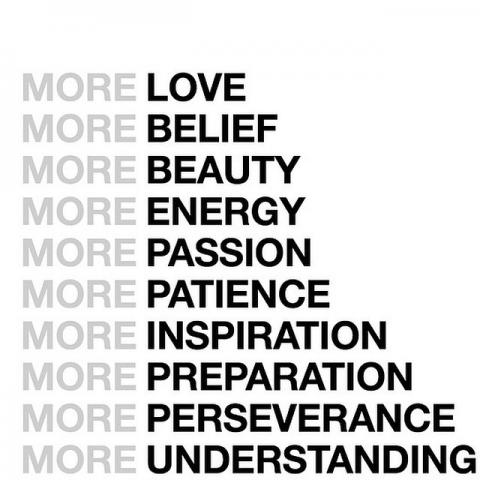 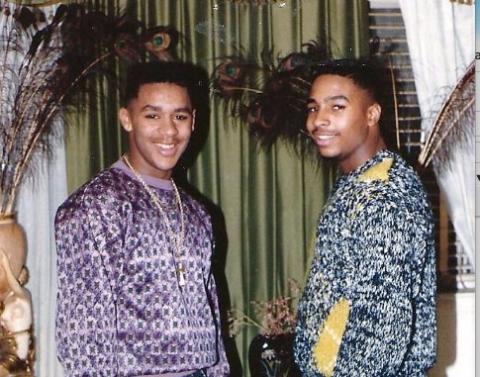 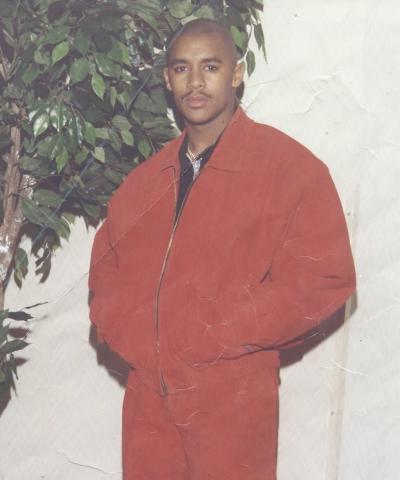 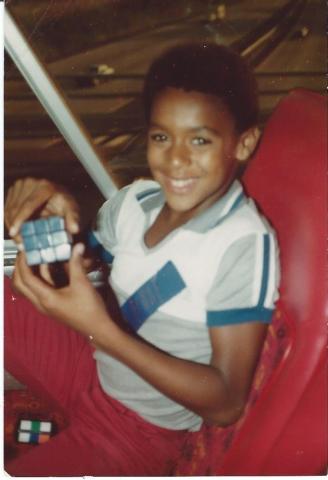 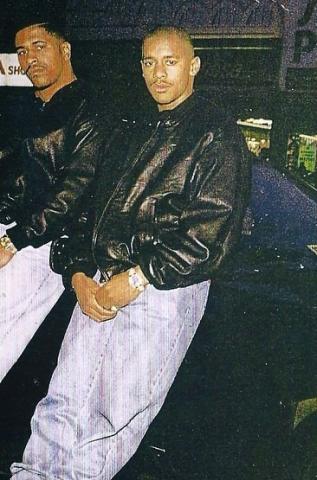 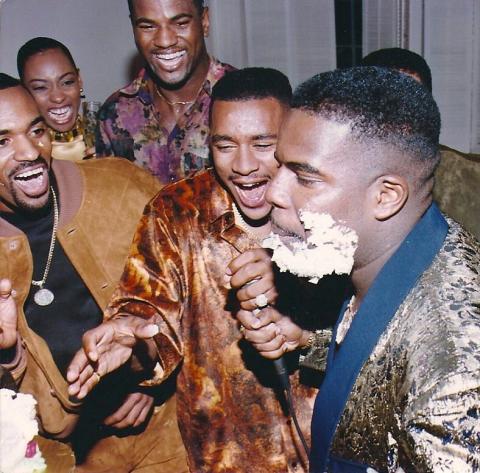 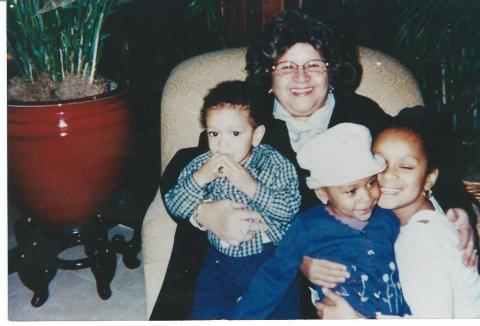 LETTER FROM COREY'S FRIENDS AND FAMILY

The friends and family of Corey Jacobs would like to thank you for giving us this opportunity to share with you the journey of our loved one and for taking the time to read through this website. Corey is serving a life without parole sentence for his role in a non-violent drug conspiracy that occurred when he was in his early twenties. We are not seeking to overturn Corey’s conviction. We are only seeking fairness. Corey does not deserve to die in prison. After spending the past 16 years in prison, we truly believe Corey has more than paid his debt to society and is ready for freedom.

Corey has been an inspiration to so many lives that he has encountered along his journey. Even with facing the devastating fate of dying in prison, Corey continues to maintain an amazingly positive attitude inside and he is still reaching out from within to influence and make a difference in the lives of others.

Over the past 16 years, Corey has demonstrated that he is rehabilitated by the numerous educational courses he has completed, his personal growth and development, his zeal to help others, and his constant strive to maintain good relationships. He is well suited to re-enter society with all of the skills he has acquired throughout his incarceration. Corey has a strong network of friends and family standing by ready to provide the support he needs to succeed outside of prison. We are positive he will not have any issues assimilating back into the population due to his determination and ambition to be a productive member of society.

It is not only morally wrong and inhumane, but absolutely offensive to the values of this country to allow Corey to die in prison for a non-violent drug offense – his first ever felony conviction. There are thousands of criminals across the country who have raped and murdered and been given second and third chances in life. But Corey may never get a second chance without clemency from the President or a drastic change in the laws. There is nothing to be gained by anyone to have Corey spend one more day, let alone the rest of his life, behind prison walls.

Corey’s incarceration has been heart-breaking for his friends and family. America is known to be a country of second chances and it is time to remember our capacity for forgiveness and extend it to those like Corey, who are truly deserving of mercy. He acknowledges his mistakes and with each waking breath, he is a source of positivity and encouragement to all who come in contact with him. Corey has changed immensely and it shows. It is our prayer that one day soon Corey will be released from prison and able to prove to society that he has learned from past mistakes. Please join our efforts to #FreeCoreyJacobs.

Friends and Family of Corey Jacobs